Wendi McLendon-Covey Dishes on The Goldbergs 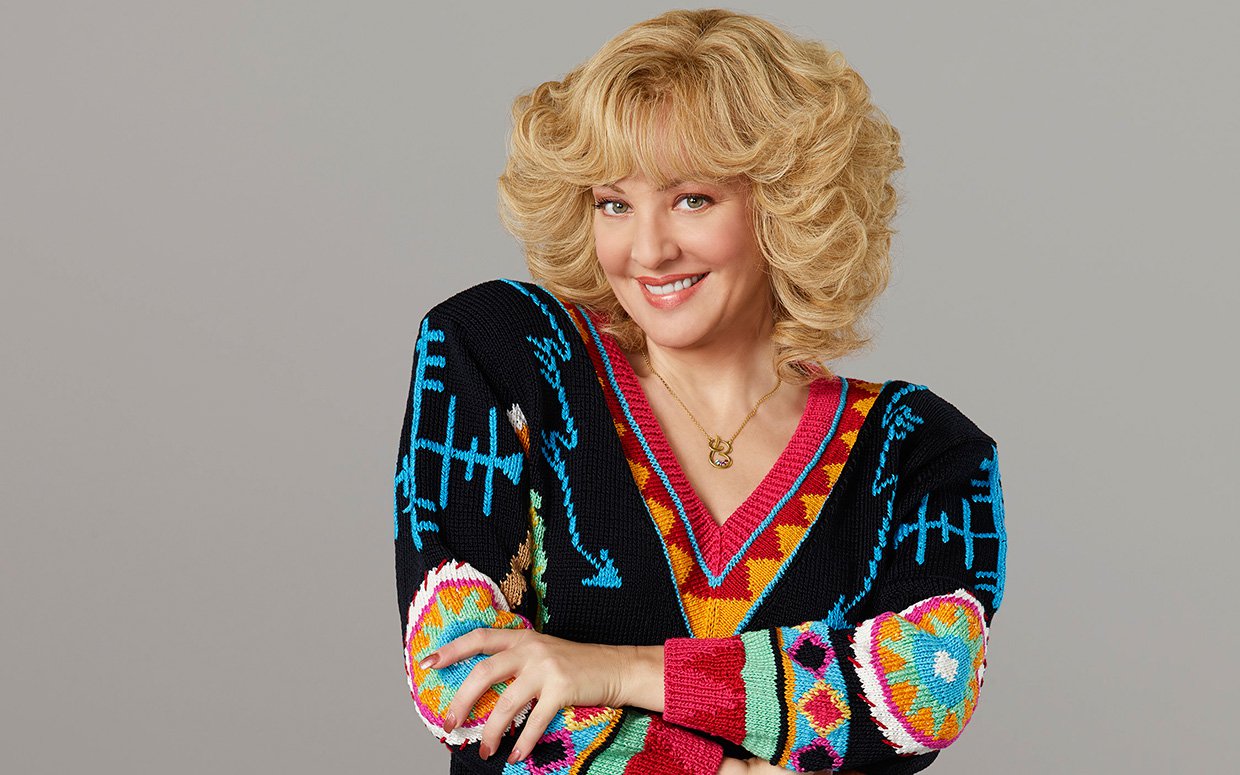 Even though she’s not a mother in real-life, you would never guess that from how magnificently Wendi McLendon-Covey plays the “smother extraordinaire” Beverly Goldberg on the hit ABC comedy The Goldbergs.

And that could be because the show, which is based on the real life of series creator and executive producer Adam F. Goldberg’s childhood — rings true. After all, if Goldberg doesn’t remember, he has videos from that time to watch and from which he can pull funny story ideas.

McLendon-Covey, who was nominated for a Critics Choice Television Award for the role, is so convincing as Beverly, an ’80s mom who will go to any extreme for her three kids — even if it means no one, including her husband, Murray, gets a minute’s peace and quiet, you have to be impressed by her being the heart and soul of the family.

Parade.com caught up with McLendon-Covey to talk about her hit ABC comedy series, how much of it she can relate to, what she hates about the ’80s, and more.

What I love about Beverly is she loves her family. She does not apologize for loving her family. She takes her job as a mom very seriously. What breaks my heart is when kids tweet at me, “I wish you were my mom.” I was just in Mississippi doing a movie and little kids on set would come up and say, “I love your show. I wish you were my mom.” That kills me. I guess at the bottom of it, as embarrassing as you are as a parent, they like knowing that you’ve got their back. And, you know, Beverly will kick anybody’s ass. She will say it, she will threaten it and she will follow through.

Is there any comparison between this family and your own?

Yeah. I’ve got to say, I was raised by a smother, so I get it. My mom really was the one raising us, so this spoke to me. Where we were getting the criticism, “They yell too much,” I was thinking, “They don’t yell enough, followed by long awkward silences and door slamming.” You can always throw that in if you want to be realistic.

What is your favorite storyline on the show? You did a wedding vow renewal, would you do that?

I have thought about it. I don’t like getting emotional in front of people in my real life. But, I think, another good episode was when I barged into my son’s school dance and watched him have his first slow dance. It shredded Beverly. Imagine your baby falling in love and you’re not his main lady anymore.

I don’t want to say Oedipal, but if she could be his prom date, she probably would.

What is the single worst outfit they have had you wear on the show?

That would be my aerobic wear. I had to be in a leotard. I would rather not do that again. The second worst would be my Thanksgiving outfit. Twice, I’ve worn it. I think it is made of vinyl and it comes off on my skin.

Is either of those from the real Beverly collection? I heard she sent you her stuff.

She did. The vinyl thing might be. But the great thing is she wants all this stuff back.

So there is no clause in your contract to for you keep any of the wardrobe?

No, sadly. I didn’t even think how much I would love it. How much I would want to incorporate it… I hate all the fashions of the ’80s. None of them need to come back in daily life. I’m pretty much horrified every day when I get dressed, but it’s what the character would wear.

What other touchstones of the ’80s do you love or hate?

Do you remember when geese were a thing in the ’80s? You would decorate your house with little geese that had bows around their necks? That makes me laugh. Why did we think that was cute? That was no Z Gallerie moment we were having.

The show always seems to end on a sweet note. When you are doing the table reads, do you want to get to it, or do you savor it?

I savor it, and I get teary-eyed at the table read because I really do find these moments heartwarming. I think that is why our show is a success. Forget all those ’80s references. They are there because that is when Adam grew up. But take away the Rubik’s cube and there is a heart there. I have cried my way through many table reads and I will continue to do so.