What It’s Really Like to Work With Jennifer Lopez 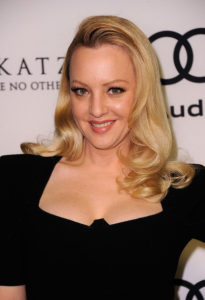 Funny lady Wendi McLendon-Covey has had plenty of co-stars over the years, but the biggest one has to be Jennifer Lopez, who plays her friend in “What to Expect When You’re Expecting.” But just because she is the most famous, it doesn’t mean she was the biggest diva. The “American Idol” judge is “completely sweet,” McLendon-Covey, who broke out in last year’s “Bridesmaids,” tells omg!. “Just a nice girl who is working really hard and just happens to have 12 jobs at the moment … But yeah, it is kind of weird when someone is larger than life in the press and you meet them and they’re just a regular, sweet person. The rest of the stuff is all invented and embellished.”

The comedienne even got to meet Lopez’s 4-year-old twins, Max and Emme, when they came to the Atlanta set last August, just weeks after Lopez and Marc Anthony announced their split. “[The kids] are kittens!” gushes McLendon-Covey, 42. “With that golden skin, they’re ridiculous. So cute.”

But audiences will never get to see her share the screen with her next big-name co-star, Channing Tatum. In the male stripper dramedy, “Magic Mike,” which hits theaters in June, McLendon-Covey was cast to play a cougar who has a lusty interaction with the hunk — but her one scene ended up on the cutting room floor. Unfortunately, moviegoers won’t get to see it, but the actress can re-live it whenever she likes in private. “[Director] Steven Soderbergh was nice and he mailed me my scene,” she says. “So some day when I can I will look at it, but I just can’t right now.”

Though McLendon-Covey, who starred as a promiscuous police officer on Comedy Central’s “Reno: 911” for five seasons, has five others projects in the works, including a TV pilot with John Leguizamo and Christopher Lloyd, the one thing on everyone’s mind seems to be: When will there be a “Bridesmaids” sequel? And it’s a question she wishes she had an answer for. “The only thing I can tell you is that everybody is on board if someone would write it, but no one can do that right now,” she admits. “All the girls are busy, knock on this sofa! We’ve all gotten a lot of nice opportunities.” McLendon-Covey also points out that the blockbuster comedy starring Kristen Wiig, Maya Rudolph, and Melissa McCarthy, was just released last May, “so it’s kind of a little soon” to be talking sequel.

But if there is a sequel — and we’re all praying there is — she knows what she would like to see with her character, Rita, who we all remember couldn’t wait to get to the bachelorette party so she could get away from her husband and kids. “I would like to see Rita actually put her money where her mouth is and leave her marriage for just a little bit,” McLendon-Covey explains. “Because my thing with Rita is nothing was really wrong with her. She’s like the ‘Real Housewives of Orange County,'” adds the admitted fan of the Bravo reality series, especially the O.C’s Vicki Gunvalson. “‘Eh, I’m not satisfied, my love tank isn’t full.’ Well, you’ve got to look inward. What are you doing? Is his love tank full? Are your kids’ love tanks full? Probably not. So maybe she leaves for like a flamenco guitarist or something ridiculous and it ends up she’s living in an apartment with him and eight of his friends. So she’s right back where she was, with a bunch of men around that she’s got to take care of and she’s miserable.”

As for the event that brings all the bridesmaids back together, a baby shower would be a natural progression — but not to McLendon-Covey. “I always like to take things straight to the basement and say … a funeral,” she laughs. “Someone was murdered. Funerals are hilarious! Just as funny as weddings.”

What To Expect Cracks The Top 10 in US and UK »